I accidentally lost the habit of taking photos, which is an important accessory with cameras. So this isn’t going to be too concise.

Anyway, we’ve been up to this: 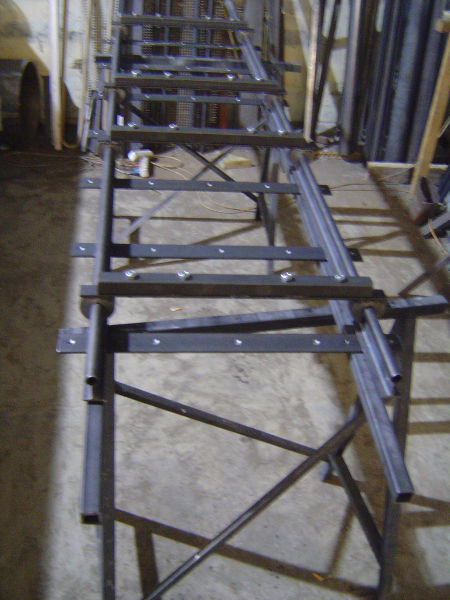 What is this blurry picture? It’s rails! (Ruby didn’t make it.) There are five segments like this one, 10 meters total. They connect with a simple pipe-walks-into-bar bar-goes-into-pipe joint. (No picture.)

As you might expect, the tolerance for rail-to-rail distance is really tight. One millimeter of deviation is near-disastrous. A manned chair rolls on top (as you might have guessed from the title), so it is imperative the thing be straight. To achieve that, we used precision-machined cylinders paired into guides. 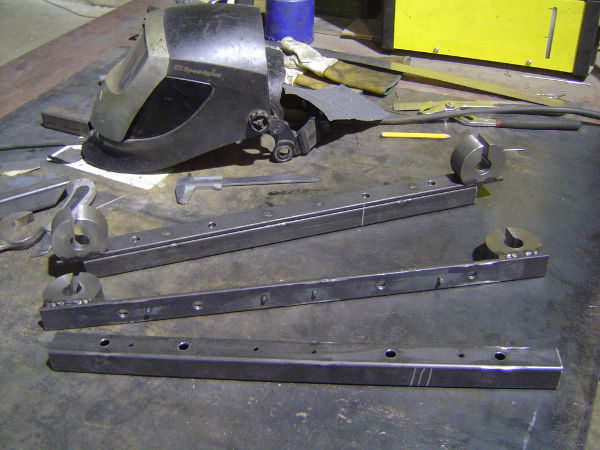 The cylinders, alas, were not precise enough. A few let the pipe slide in just right, most had too small a hole, and one was being an ass altogether. I used files (a few) and sandpaper (lots) to make ‘em spec. It took half a day. You see, had any wobble been introduced, I’d have a big fat ring instead, and I don’t wear jewellery.

There were also other goofs with the machinist’s work, and that had to be worked around as well. (No picture.) This gave me a lot of time to think on various kinds of jobs and how you naturally expect a certain degree of precision, how big a millimeter really is, and stuff.

Anyway, making four guides with the same rail-to-rail distance was not exactly hard once I had the cylinders. A few clamps and a few magnets, basically (no picture).

The guides are then put on a pair of awry rails and straighten those out. If you’re wondering, the cross section looks like this: 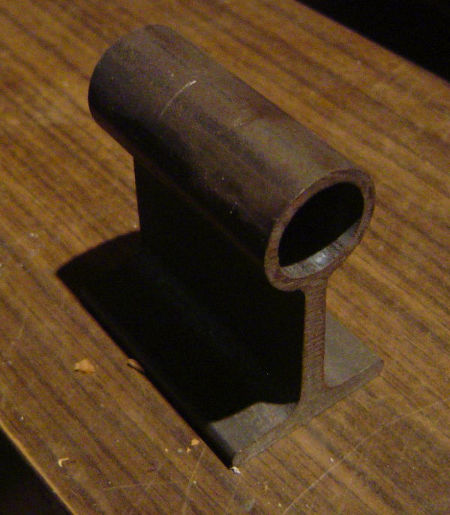 I used the same cylinders mentioned above, before they became paired guides, to weld a pipe to a T-bar.

With the rails aligned and the section’s diagonals measured, I put sleepers on top. The guides are cut in two and removed.

Repeat five times, have a little fun in the workshop. Repeat a hundred times, start a mining operation.

Oh, there were also two contraptions where the railroad ends, to stop incoming locomotives. (No picture.) A little piece of it, though, aligned for welding: 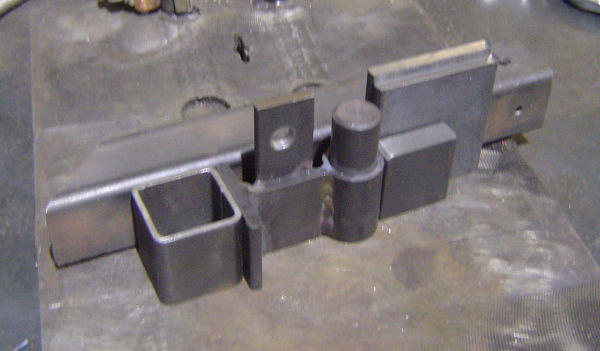 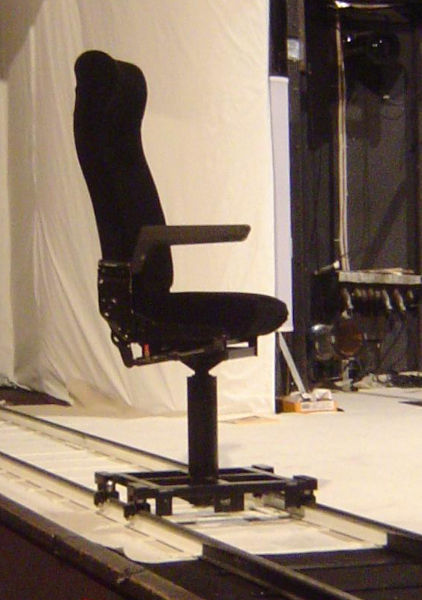 I didn’t do the chairs, so there’s not a lot I can write about them, except that they roll on four wheels, have eight additional bearings for alignment, and have been deemed safe for use in long-distance travel.

Working at the railroad was not the true reason we did this project. At the end of the day, it all boils down to how my gloves do in the workshop. 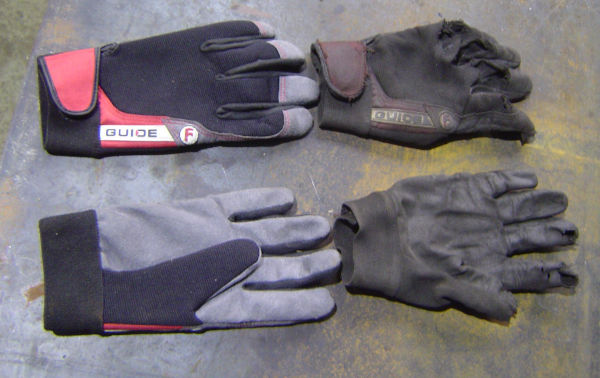 On the left is a pair of brand-new, never-before-used Guide gloves, model 5005. On the right, a pair of same gloves, two months into regular hard work. From experience, this is a month into posthumous life.

If you asked me, these are good enough for general metalwork. I think the box said the palm side is synthetic leather and covered in Teflon. I’ve literally soaked them in oil twice (during drilling) and they didn’t turn into stone (as natural leather tends to).

To the touch, they’re pretty thin, so they won’t do at the wood shop, but they hold up reasonably well otherwise. Those holes on the knuckles are from grinder sparks (the backhand is, of course, nylon or polyester or something like that). The holes on the fingers are from turning tight screws, so these won’t do in the auto shop, either.

I’ve done quite some welding with these gloves, too. A thing I learned is they let heat through, to the point where I got light burns on my palms, but the gloves themselves didn’t burn or shrink (as, again, natural leather would).

Another weird thing is they are lightly metallic. Put these on, and you’re a magnet magnet!..

P.S. If you’re a Guide representative, please send various models from your catalogue in our general direction. Size 9. Thank you.