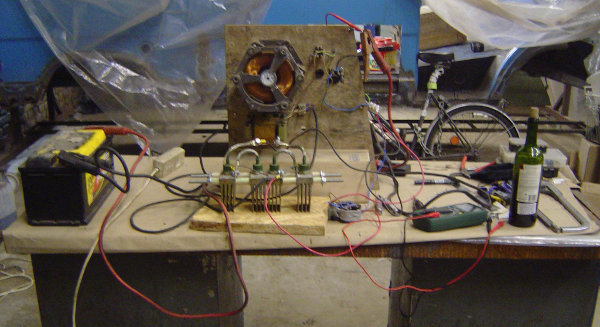 This is about making a very simple charger for lead-acid batteries, commonly used in automobiles.

In case you can’t parse the picture, the setup is simple: mains power is connected to a variable autotransformer, then in series to a transformer, a diode bridge, an ammeter (not visible in the picture), and a battery. There are also capacitors and a voltmeter in parallel with the bridge’s output.

The purpose of each block is as follows:

I have no idea whatsoever what the exact parameters of each block are, except that most of them are big.

Both transformers’ wire windings should be thick enough to withstand the current pumped through them.

The step-down transformer should have a ratio such that it can drop mains voltage to a value slightly above the desired output voltage. This accounts for the voltage drop on the bridge and the fact that to charge a battery in reasonable time, a higher than rated voltage has to be applied.

My diode bridge here is four individual diodes whose ratings are certainly overkill for the task. Voltage drop on the bridge is twice the drop on a single diode.

The caps are rated for 400V – that’s what I found in the bin. They can surely be quite smaller, but at least twice the maximum voltage.

The ammeter was also available in the bin. It’s analog, with a dial and a maximum value of 10 A. If you intend to use a multimeter as an ammeter, know that they might not have the appropriate circuitry inside, even if it’s on the dial. Also, there might be a cigarette butt instead of a fuse if a friend of yours blows it and decides to play a prank on you.

The voltmeter is an el-cheapo multimeter from the store. (EDIT: I eventually swapped that out for an analog voltmeter, so the multimeter could be used elsewhere.) Its range should be bigger than the charger’s maximum output voltage.

In desperate times, all of this can be done with just a voltage-down transformer and a diode bridge. Everything else is optional, if you’re careful. Otherwise, you’ll zap batteries, since 1925: 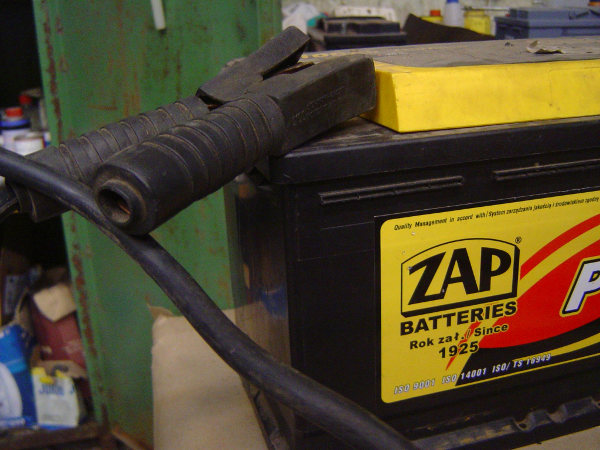 If a transformer’s winding is too thin (say, less than 1 mm2 with 5 amps DC on the output), you’ll fry it: 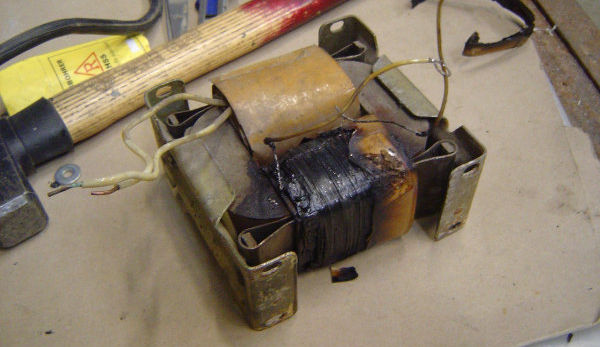 On a whole different note: is this all we’ve been up to last month? A makeshift car battery charger?.. Of course not.

What was it? Well, tune up your internet receivers, it’s coming soon!