Mr. Hat contacted me asking for a help in building a phono preamp for his vinyl record player that he recovered from oblivion somewhere.

As you probably know, there are some issues with vinyl records that require audio tracks to be mastered in certain way before they are put into a disc. Particularly, you have to attenuate low frequencies, so that the needle won’t jump between tracks when that kick drum is really delivering, and you have to amplify high frequencies so that they rise above the noise floor. When you want to play a record back, you have to reverse this process - amplify lows and attenuate highs - that’s why you need a phono preamplifier.

Mr. Hat has chosen this design for his build. There are lots of other phono preamp designs that have a potential to be better, but I’ve told him to simmer down - when you are building your First Project, you want results and you want them fast. So I skipped on all that fancy unobtanium audio purposed polystyrene capacitors and designed in simple plain ceramics with horrible tolerances that I believe will make real audiophiles turn blue. I’ve etched a couple PCBs so he wouldn’t need to make a mess on a protoboard. 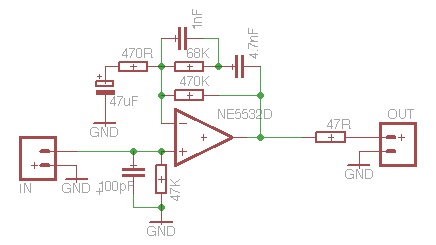 This was my first attempt at designing for success from the first try and I’ve failed miserably in designing a two rail power supply. At first the footprint for bridge rectifier was wrong, then I’ve discovered that pinouts for LM79XX parts differ from LM78XX. Yeah, never assume anything and double check the pinout ant footprint. The power supply turned out as retarded as it can go - when cutting traces to fix the LM79XX pinout I’ve cut the wrong traces! Later i’ve discovered that LM79XX parts need more capacitance on the output than LM78XX, as negative rail was oscillating like hell! 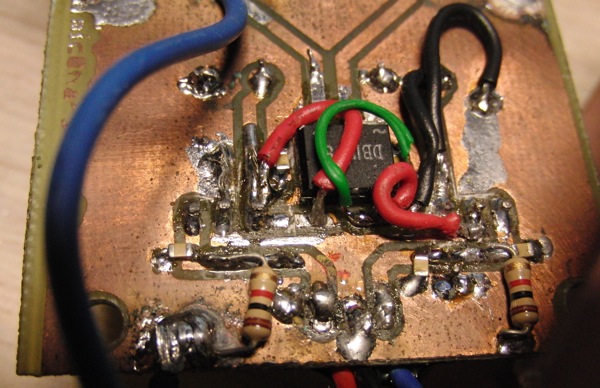 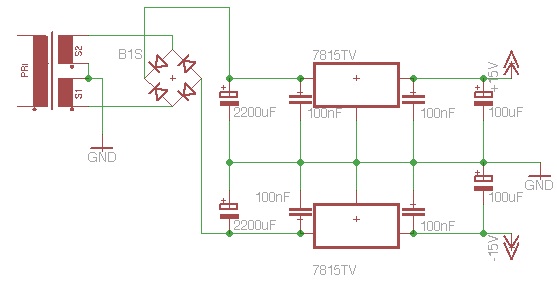 And finally, relaying on this design for two rail power supply is just dumb as output tolerances for LM78XX and LM79XX are 2% to 4% when you get them from reliable manufacturer, in other words, you won’t have you rail voltages to be equal unless you handpick the matching parts. I’d better just put a 24V linear regulator, split its output via 1% tolerance resistors and buffered that with op-amp.

I made Mr. Hat to solder his first project in SMD and he managed it ok, but goofed up the wires horribly. 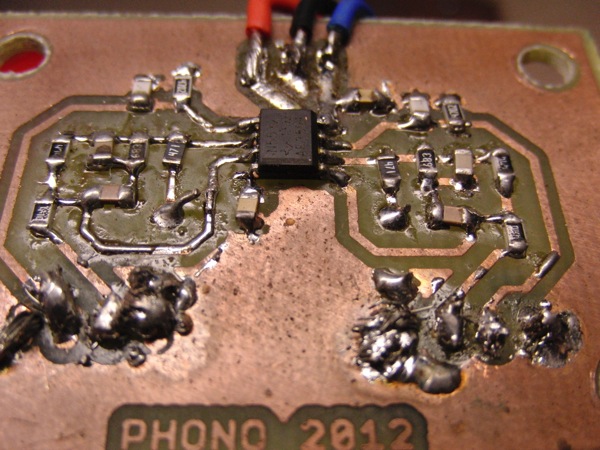 Later he made an enclosure from copper clad board. 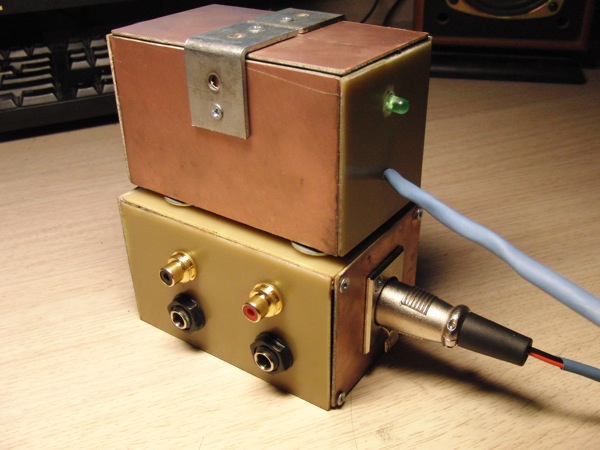 It didn’t work on the first try - Mr. Hat had messed up some mechanics in a turntable and outputs were shorted, but after some poking with multimeter and a little bit of common sense, we have found a part that was upside down. After dealing with that, we’ve heard that special popping sound of vinyl and the first chords - the eyes of Mr. Hat were glowing and the mouth had that sleazy smile - it works!

If someone is interested in ready made Eagle files, you can get them form my github repository: https://github.com/Miceuz/PhonoPreamp (power bugs were fixed)