Before putting a laptop on our workshop table one has to wipe a layer of dust, resistor lead clippings and miscellaneous components off it. It is not the best surface for a laptop with cooling intake at the bottom, so a stand would be useful, I thought.

I searched the internet a bit, but didn’t find any ready made printable models, mostly just templates for laser cutting. I started sketching in Wings 3D, but settled on a simpler idea.

I drew two templates in Inkscape: a top view (the parabol) and a side view, and wrote a short OpenSCAD script that extrudes and intersects the templates to obtain the three-dimensional shape.

The model size is about 240x240x78mm and it fits my 14” laptop well. It is approaching the bed size of our TAZ 4 printer: 298x275x250mm. The angle is pretty comfortable, although maybe a bit steep for a lot of typing. Structurally it’s pretty bendy around the Z axis. That could be fixed by adding a horizontal strut (making the top view an A shape), but it doesn’t matter that much when a laptop is on top.

The sources and final STL model are available on Github. To build it just run make. It also requires pstoedit which is used to convert SVG to DXF.

Update: bLynx created her own version of the laptop stand by modifying the SVGs and rebuilding the model. It is less steep, has a horizontal bar for more stiffness and longer hooks to fit her computer. She also glued some leather strips on top so the laptop doesn’t slide around. 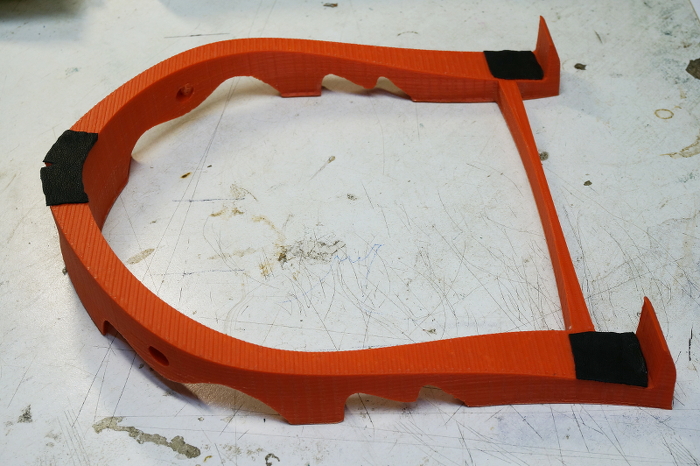 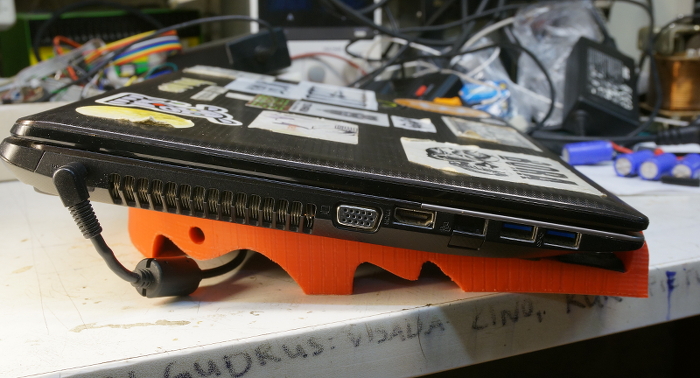