Not long ago we (shrq and Kipras) began to be annoyed by the mess in our rehearsal studio that hosts a lot of people. So the two of us decided to clean up the 13-guitar-mess in the corner and make a proper place to hang them. With a bit of thinking and some sketching we decided to make a one long wall hanger that would hold several guitars.

When we had a simple blueprint we started preparing the materials and the parts. 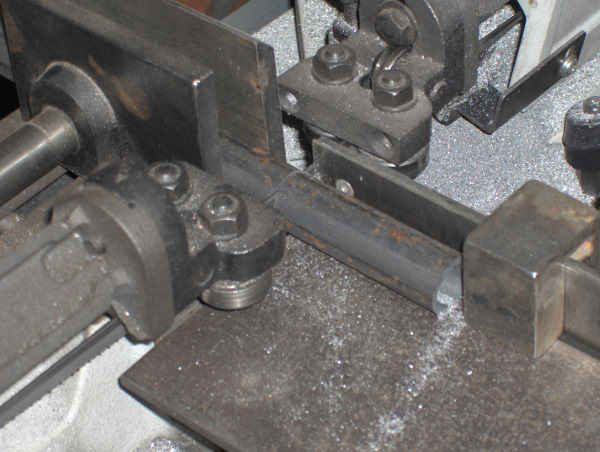 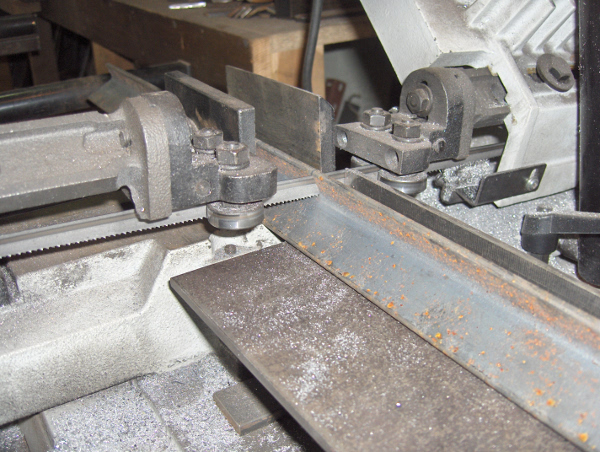 When the parts were finished we welded them with a MIG welder. The distance between the pipes is 6 cm so as to hold the guitar head. Afterwards we found out that this distance is slightly too large, though. 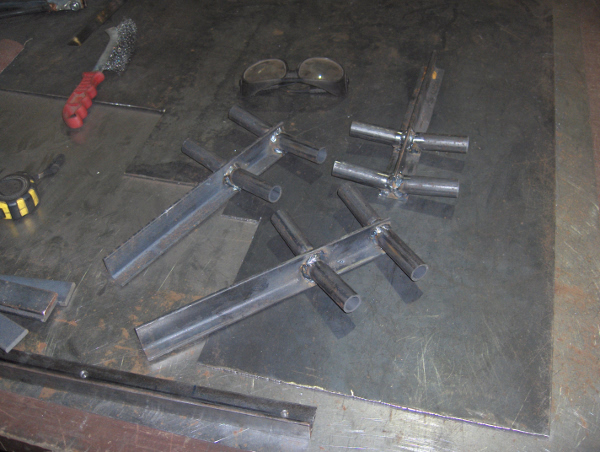 Later on we started preparing the part of the construction that would be holding the whole weight of the guitars. Thus we decided to make supports for every hanger. The distance between the hangers has to be wide enough to allow putting in and taking out a guitar freely. 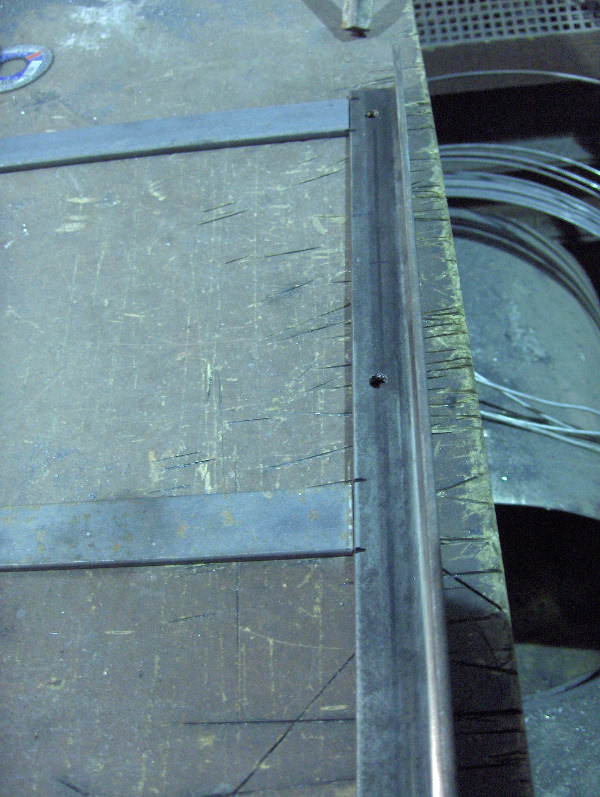 Both of us really wanted to weld, so we split the job in equal parts as it is much more fun this way. 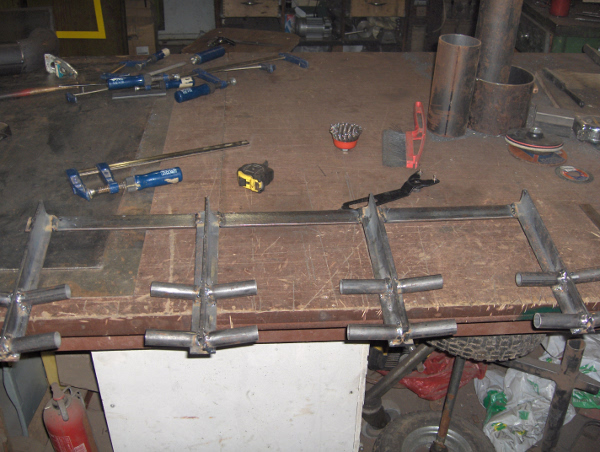 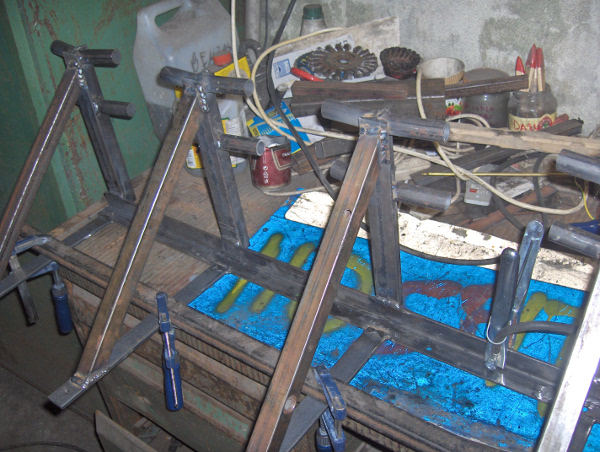 All we had left to do was isolate the metal parts from touching the guitars. So we used some styrofoam we had found in a garbage container, and a bicycle tire tube. 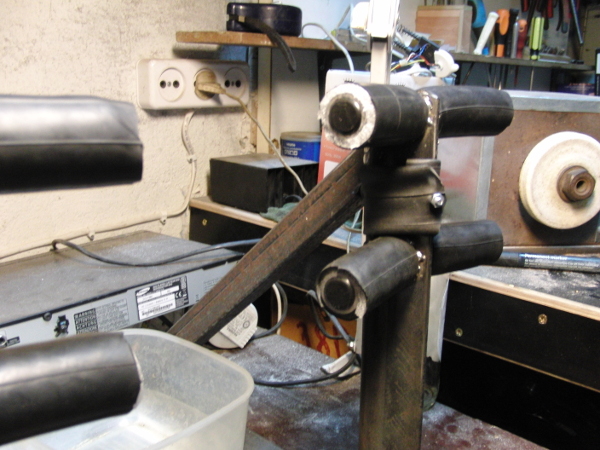 Not much was left to do then, except fixing the hanger on the wall. Though it’s not perfect this is much better than a pile of guitars. 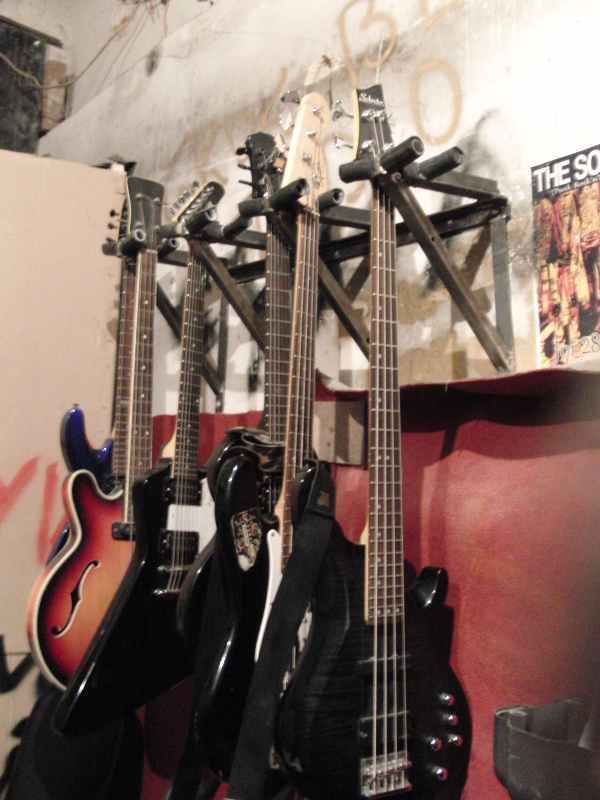 Published by shrq and kipras
Permalink