I am a scientist, and I’m powered by coffee. The problem was, the only source of coffee at my venerable institution is a vending machine that spits back some brownish, watery Scheisse-coffee for 0.4 euro. Either that, or drinking coffee the Polish way, what will rot one’s stomach and soul eventually.

One way to build a stove is to go back to the basics and make the heating plate from nichrome wire, similar to what we did with the cat heater. After an evening spent with ioch calculating resistances and cross-sections I decided that handling 80m of wire is too much and went with pwf’s suggestion, that is, using a clothing iron. Such a stove wasn’t a new thing for us – we got the same idea from some Lithuanian students. Adapting a clothing iron makes perfect sense: it uses a kW or so, so it is quite efficient, the surface is non-sticky and it has inbuilt temperature control. Besides, who irons their clothes nowadays anyway?

One gloomy Sunday we went to a Gibsonesque Turkish flea market nearby and bought a spanking new clothing iron, made in GDR, for a few euros. I took it apart immediately – there weren’t much more than the heating plate with the heating element around it (seen here as the circular bulge between the rivets), the bi-metal plate that is probably the most basic temperature controller, a small lightbulb that we kept and the remnants of a temperature control wheel (you know, the silk-wool-cotton-linen sequence). The case is held together with the heating plate by the prominent screw. The plastic parts – the handle and such – were lost immediately so I can’t say anything about them. 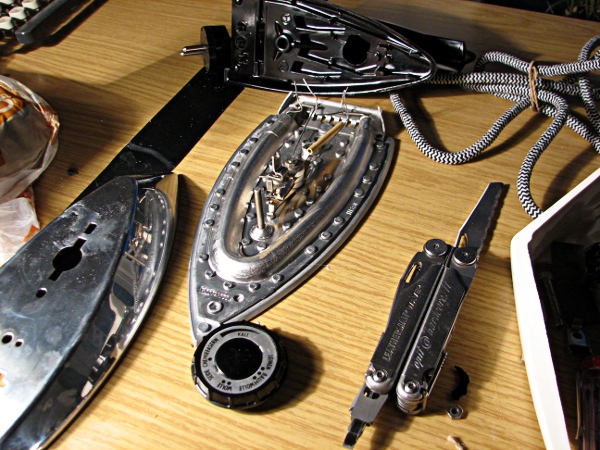 Since I have access to a ceramic kiln and several pounds of clay, it seemed a natural choice: clay is heat and water resistant, an insulator, easy to mold and clean. I used grainy (~2mm chamotte fraction) stoneware, as it’s cheap and contracts less than regular fine clay. All flat parts were rolled with an empty bottle, cut by hand and glued together with stoneware slip. This part of the process is hard to describe, so I’ll throw in a couple of pictures instead. 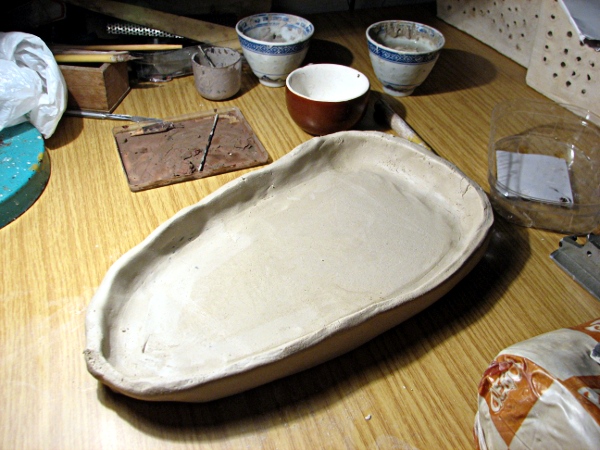 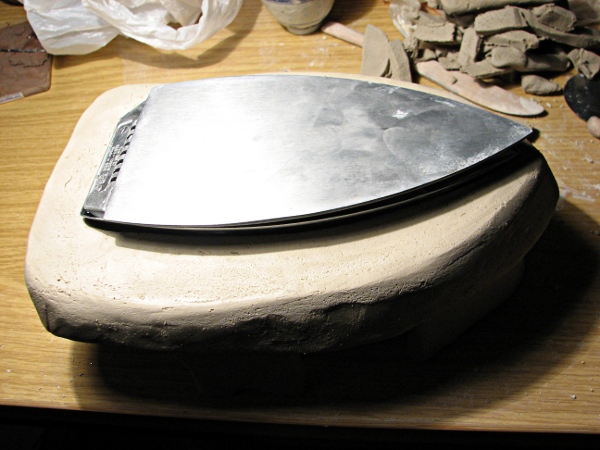 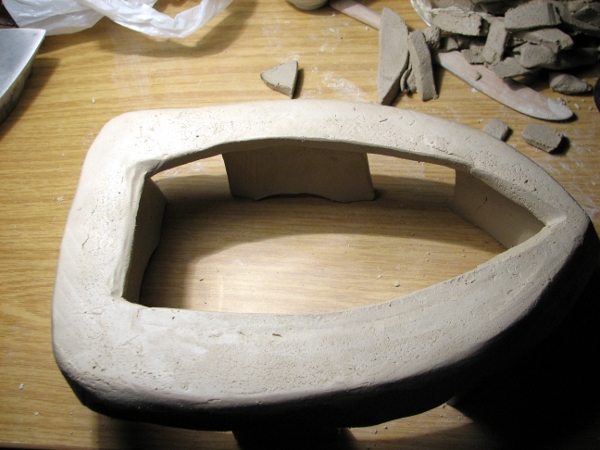 I left it to dry for a few days, fired once at 960C, forgot about it, went to Israel, then glazed it one night and fired again up to 1020C.

The problem with ceramics is that the stoneware shrinks during the drying and firing. Nevertheless, this project was not a precision mechanics endeavour anyway – so we cut and drilled a metal plate and fastened it to the belly of the heating plate so that it looked horizontal and would not fall off. 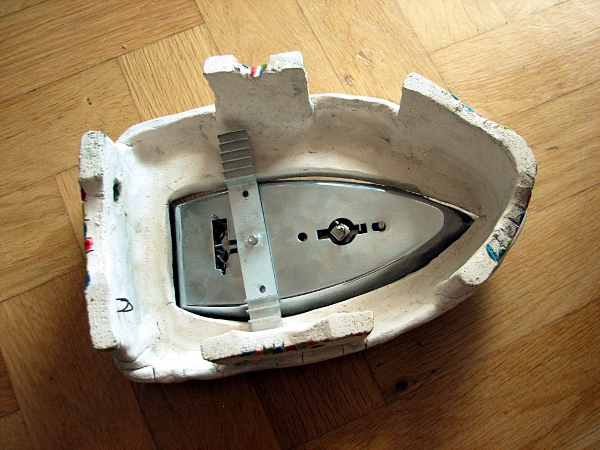 I had made some nichrome loops inside, so we tied the cord in with some zip ties, checked if the tiny indication light was working and made a test run: 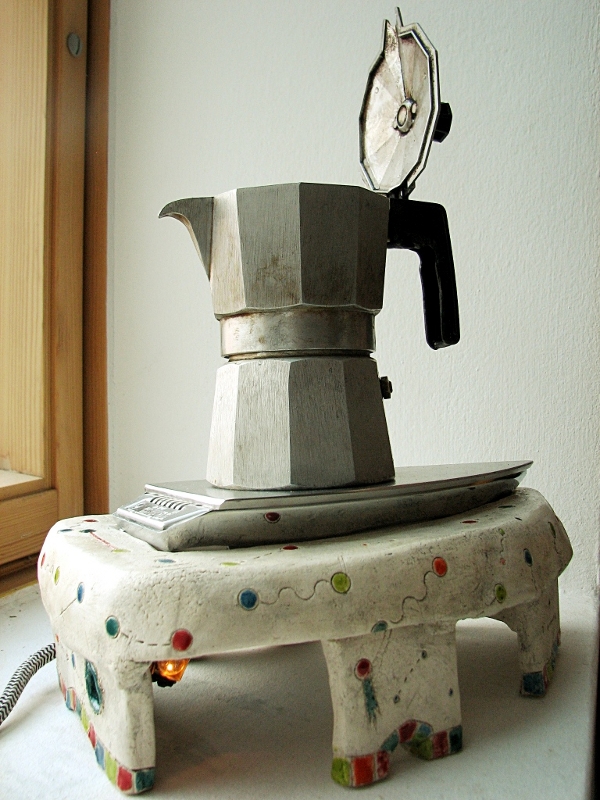 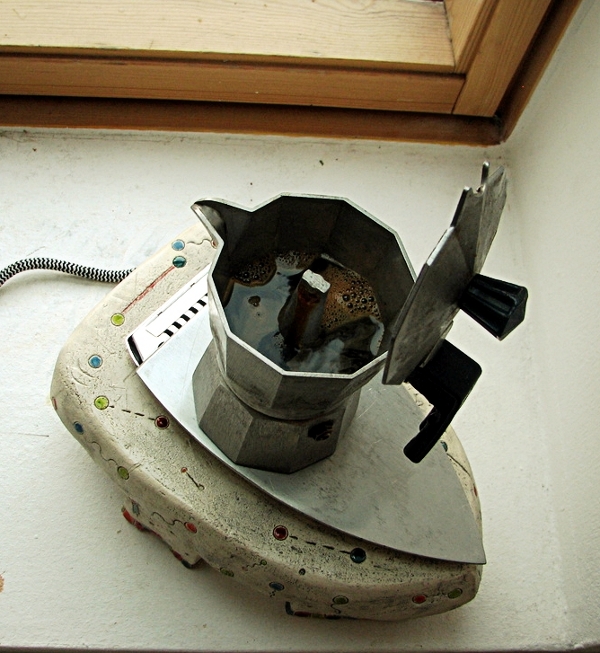 It takes about 2 minutes for this moka pot to boil. ioch and pwf already suggested adding an alarm clock w/ a relay to it, so that one’s coffee is ready after the first ‘snooze’. I’m also considering making a whale-shaped one, using a steam iron for some second degree burns.