We are almost out of coffee again, so the fixed roaster is going for a hot run. On a sunny day, we took our green beans, 4,5 kg this time, and went outside the workshop.

The setup consists of the roaster itself, a propane gas stove, an electricity extension cord for the motor, and a big pan to rapidly cool the beans when they’re done (to prevent overroasting).

One can spin the pan and submerge it in water, exactly what we did on our first attempt. This time, though, the pan is made of cast iron (heavy). So instead, we used a compressed air gun.

There was also a chess table and refreshments, so we could do something while we do nothing.

We started off by putting a batch of green beans in, 1,5 kg at a time. I’m sure it could take more, but we didn’t know the dynamics yet. 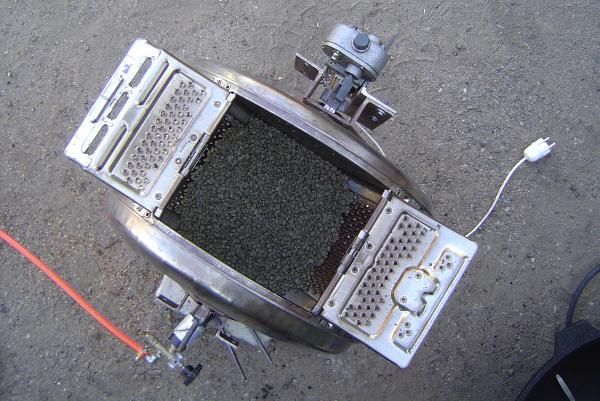 And the dynamics, I must tell you, are quite something.

The first batch took us something like 90 minutes – on a steady fire that was probably too low. The roast is moderate to medium light, according to this.

The second batch saw a lot more fiddling with the fire. A miniscule turn on the stove’s handle, and the beans go from moderate light to Spanish black in a matter of minutes. There was also a lot of smoke, but nothing a compressor-powered air gun can’t handle.

The third went a lot smoother. We had a handfull of roasted beans from our previous trials, a reference colour to aim for. It still took quite long, almost an hour, since we didn’t want to screw up the last batch. And it was an hour of playing chess, watching a drum spin, which beats anything.

After a batch is done in the roaster, we dump it in our pan and cool it. 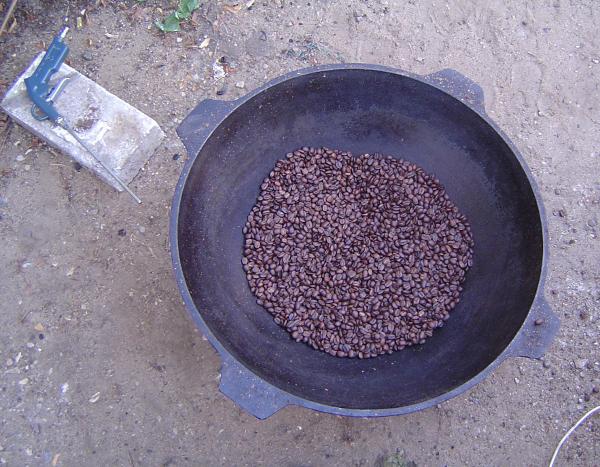 Then it goes into an airtight container. In the image below, left to right: batches 1, 3, 2. 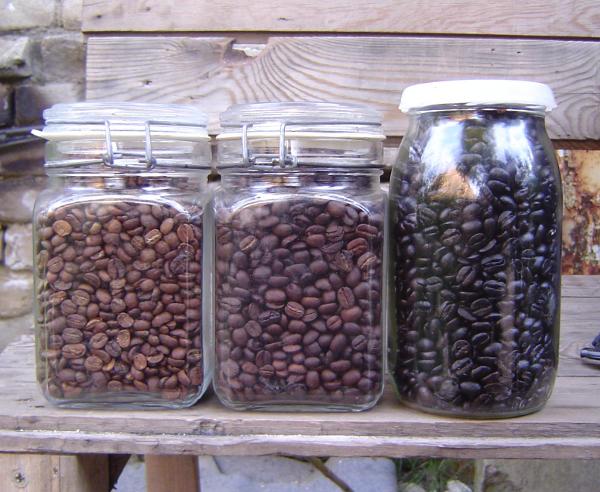 Here’s a short video of the process.