I’d like to work on the body of this van without fretting too much about getting sand in her… well, important places. Which means stripping everything, including the engine.

Taking it out on this model is pretty straightforward. Literally: unless the van is lifted and the front axle removed, the engine and transmission can only be removed in a straight horizontal trajectory.

The engine hoist we’ve got is made for light vehicles, where the engine is lifted out vertically. The hoist boom, when horizontal, is 20-30 cm too high in my case, and cannot be adjusted.

One could, of course, modify the hoist itself to be adjustable, but there’s a simpler solution: a purpose-built angled boom extension for a given van.

I started off by measuring the cross section of the original extension, which happened to be 60x60x4 mm. Got a meter of that.

Took the square pipe to the bench and cut at the marked line, then squared off the remainder by cutting out a triangle. 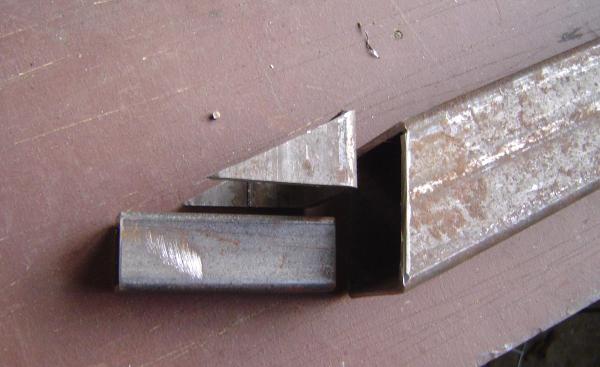 After gathering the puzzle pieces, I handed them off to a professional welder friend (who happened to be procrastinating with a bottle of JD). Here’s what came back (this is not a shotgun): 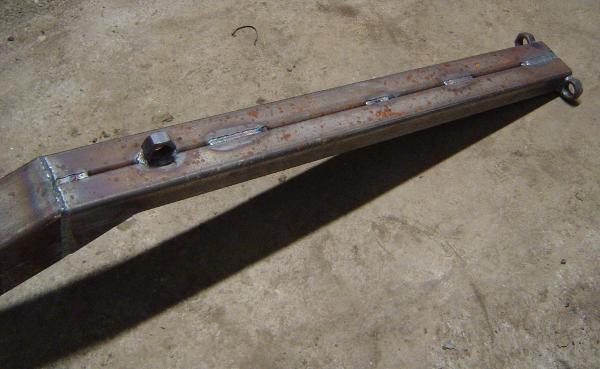 Here’s how it looks attached to the boom: 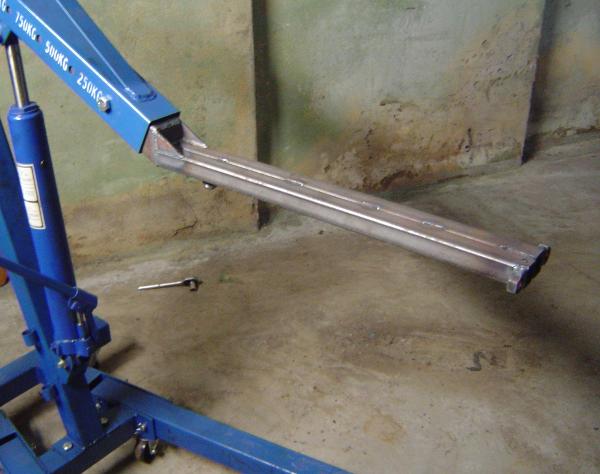 A comparison of boom extensions, original and custom: 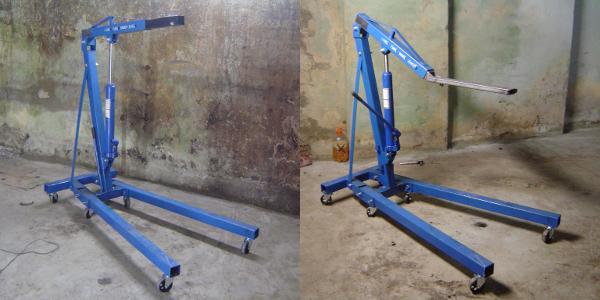 Notice how the new one looks a lot more sinister than the original. And no, that is not piss in the corner.

Finally, here it is engaged, doing what it does well: 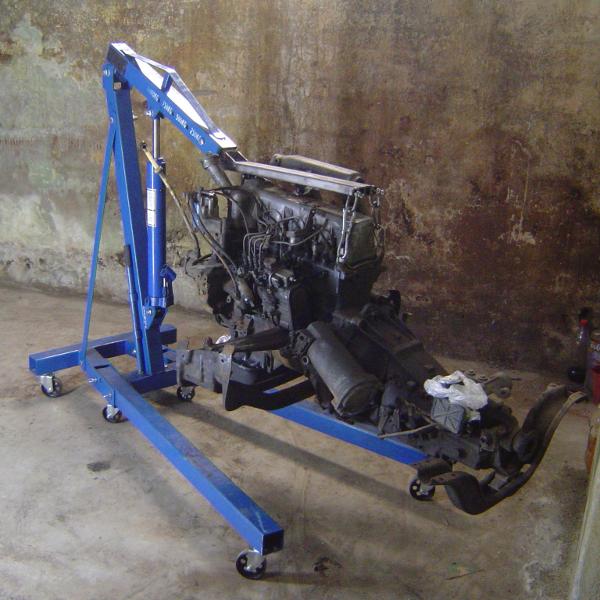 Used carabiners for suspension here – chains would have been too constricting.

Published by rxdtxd and pwf
Permalink