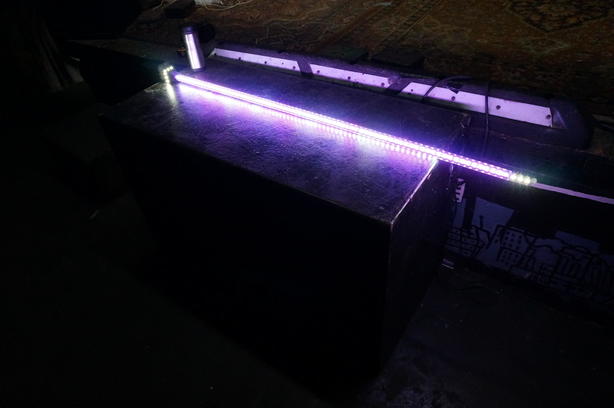 I’ve been commisioned to make six LED swords for aspiring jedi accolytes. I have been given three days to accomplish this task. The timeframe means no specific orders from China, and overpaying for everything.

What I ended up with was a reasonably wobbly object consisting of:

First, the shop didn’t have enough RGB LEDs on hand, so I had a lot of time to do everything else. I made a lot of wires like these: 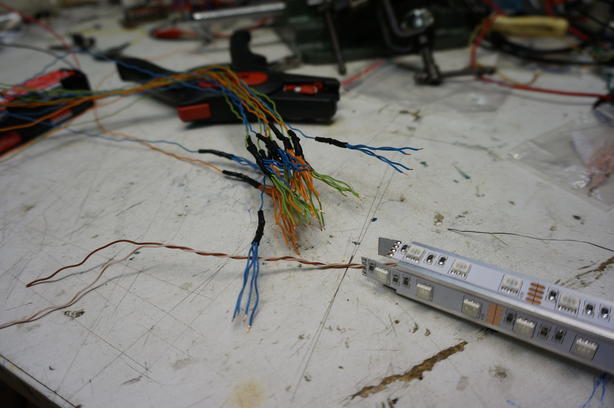 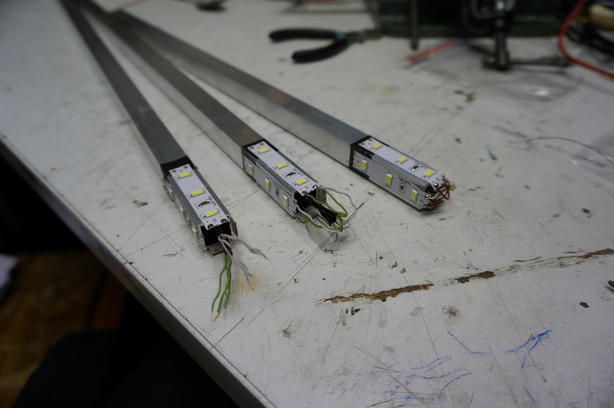 The handle, as I mentioned, had a simple 3D-printed cap for the buttons, and a very nice one-piece battery holder for 8 AAs. That, and some wires. 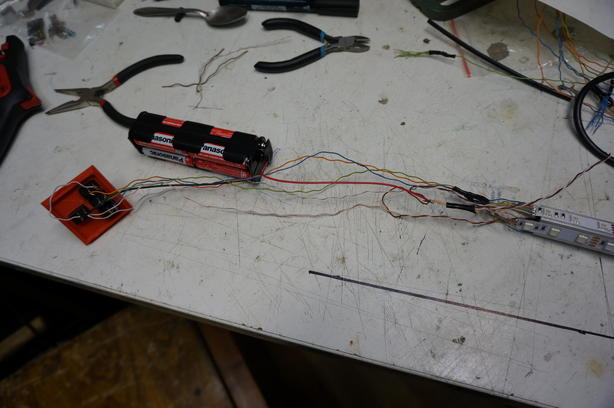 I first thought of printing the whole handle, but that would have taken too long.

A close-up on the “button panel”:

When the RGB LED strips finally arrived, I could solder pre-made wire assemblies right in: 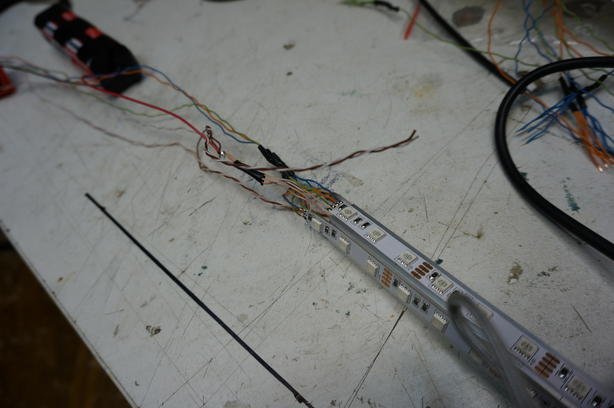 The handle is square, the blade is round. How does one connect square and round? It didn’t have to be airtight in this case, and no astronaut would die heroically if it wasn’t. So I just wrapped a lot of paper around the blade, secured it with duct tape, … 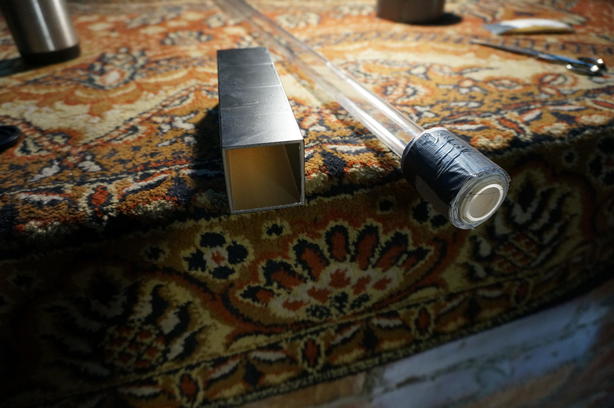 … pushed it into the handle, and poured in copious amounts of hot glue. 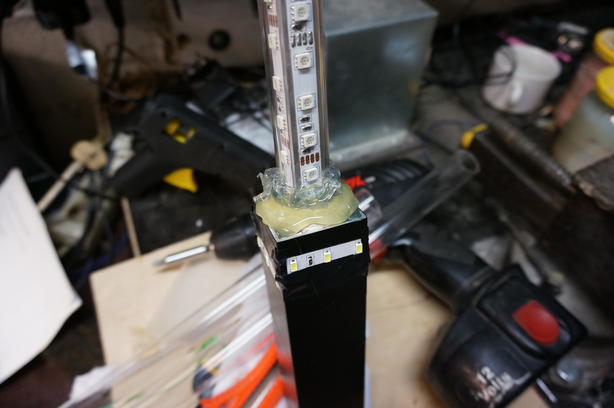 A few more rolls of electric tape later, this is what I got: 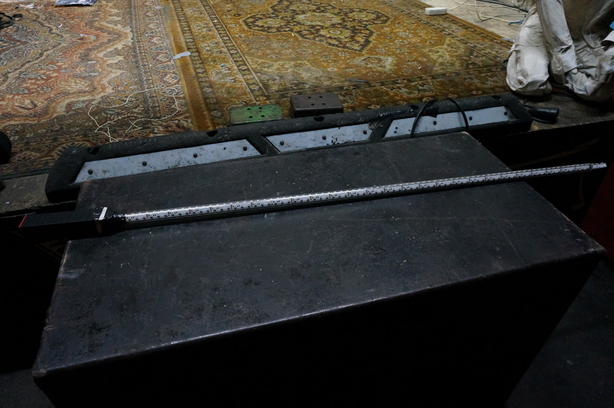 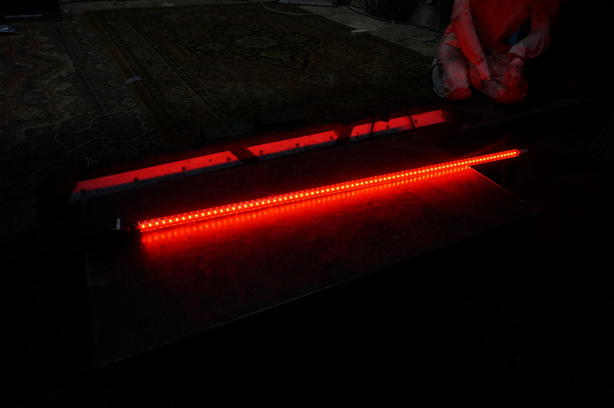 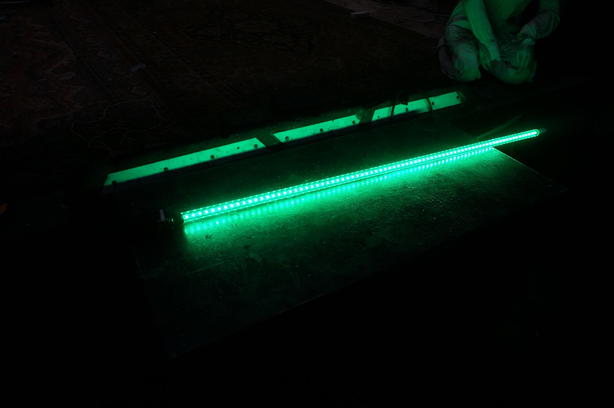 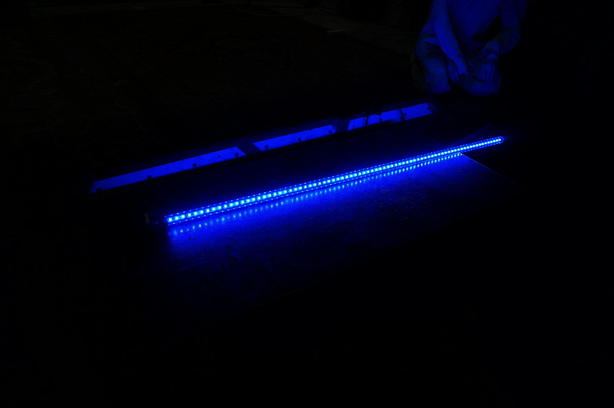 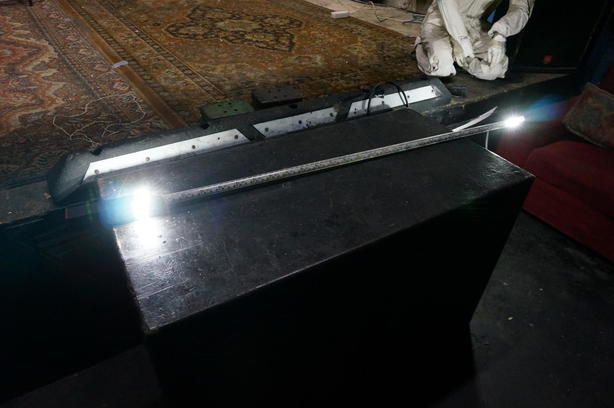 Mixed colors are funky - not all segmets of LED strips are made equal: 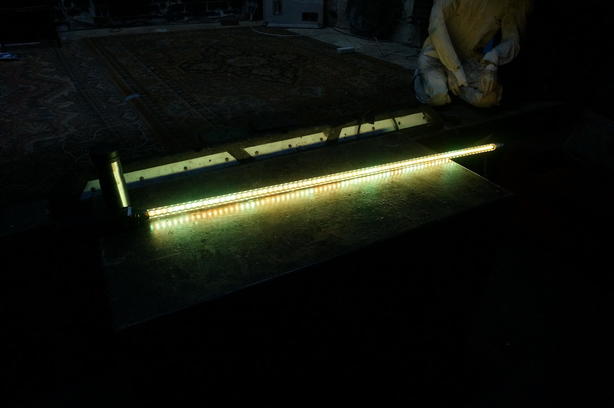 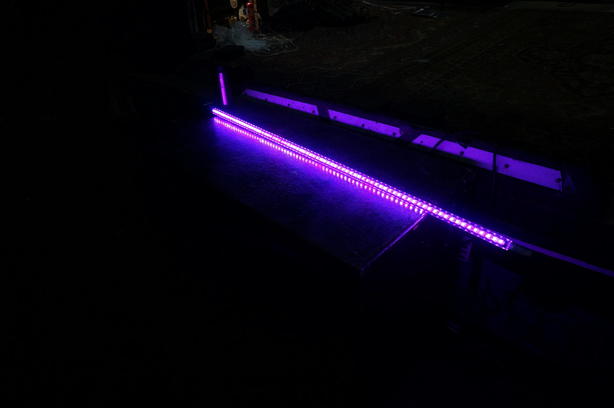 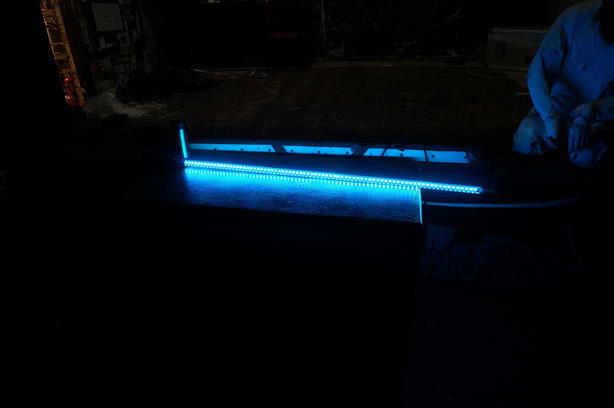 And white (compare to the same with markers at the very top): 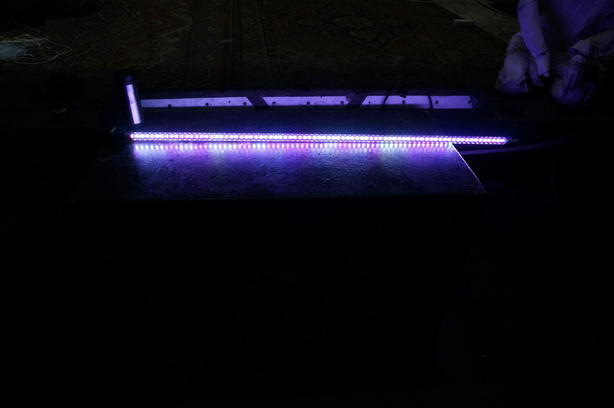 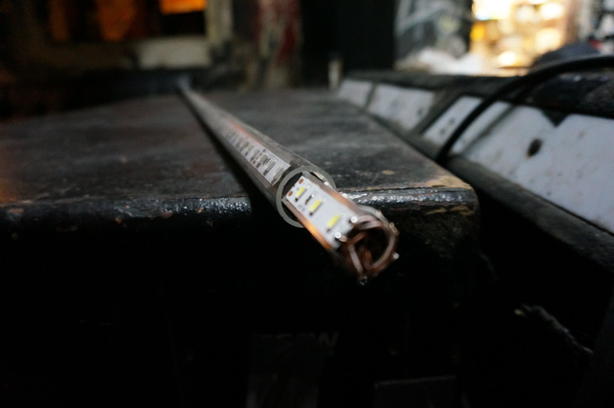 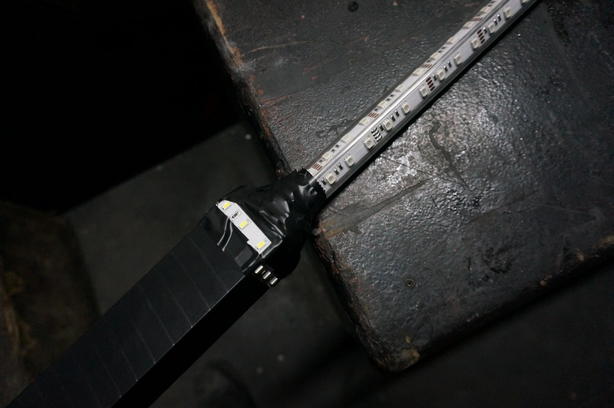