We won a LulzBot TAZ 4 3D printer at their hackerspace giveaway. It had a few issues, namely the encoder steps not exactly corresponding to menu actions and the bed always staying 1°C below target temperature, which I set out to fix.

They publish a modified version of the Marlin firmware as an archive on the downloads page. They also have a Github repo, but I did not find a version corresponding to our printer there.

While messing with the firmware I burned out the 6W “heating resistor” on the extruder, by setting the max PWM value too high. Instead of buying an exact replacement, I opted for a 40W heating element from our parts bin. It’s slightly smaller than the hole on the extruder, so I spaced it with some aluminum foil and fixed it in place with kapton tape. 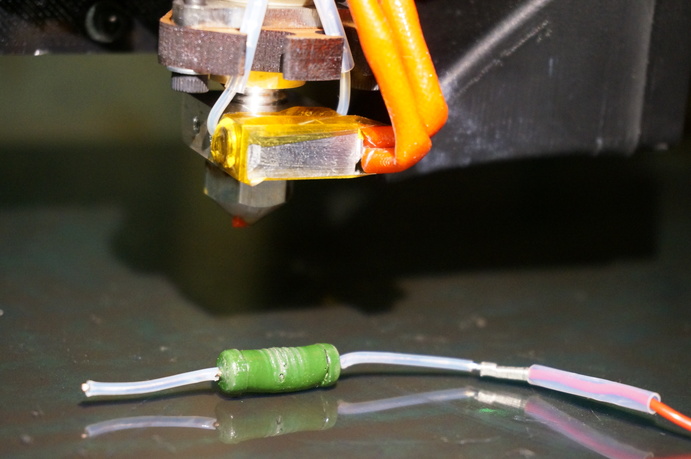 Our firmware modifications are available on Github. The temperature detection code is improved, the encoder issue fixed, and PID values tuned for our printer. Here it is printing a soap holder and some checkers: 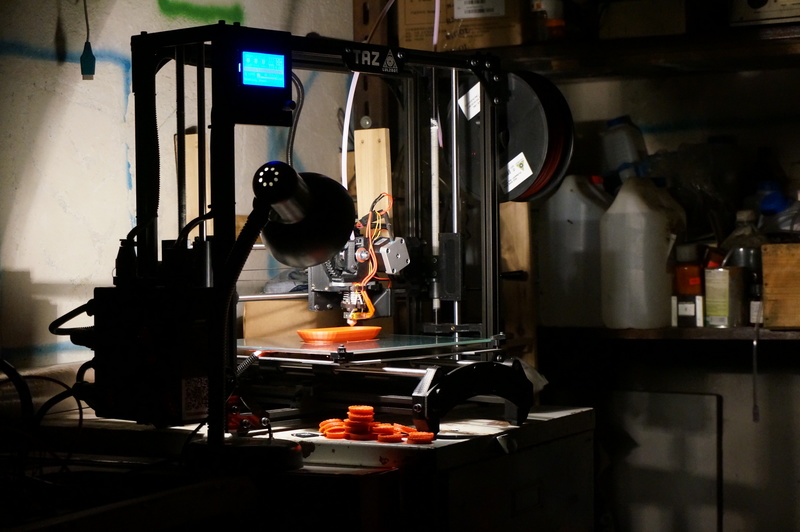 I also added a custom logo: