One of our friends wanted to have a manual-control LED dimmer for his stop motion setup. We had several of these cheap Chinese DMX dimmers. How does one adds potentiometer control to something like this? Just cut a trace from the RS485 transceiver into the unmarked micro, add another micro to act as a DMX master, and patch into the serial line via a SPDT switch. 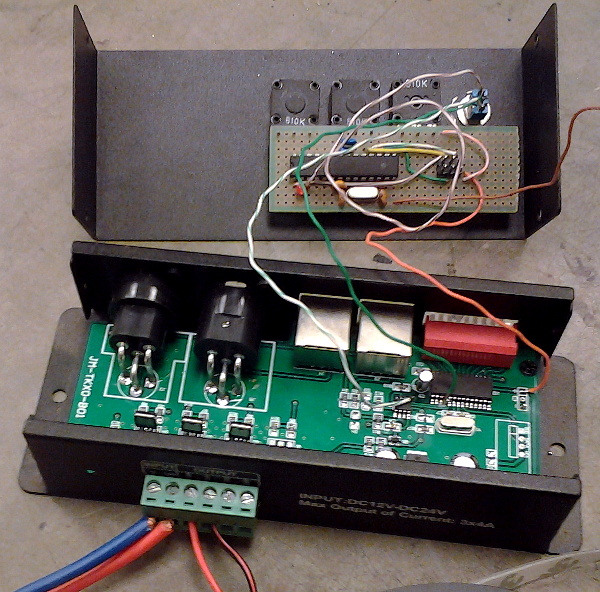 The hacked-in micro just reads three potentiometers via ADC and spits their values into the DMX bus. We’ve found some DMX master code online and copied some stuffs into it: