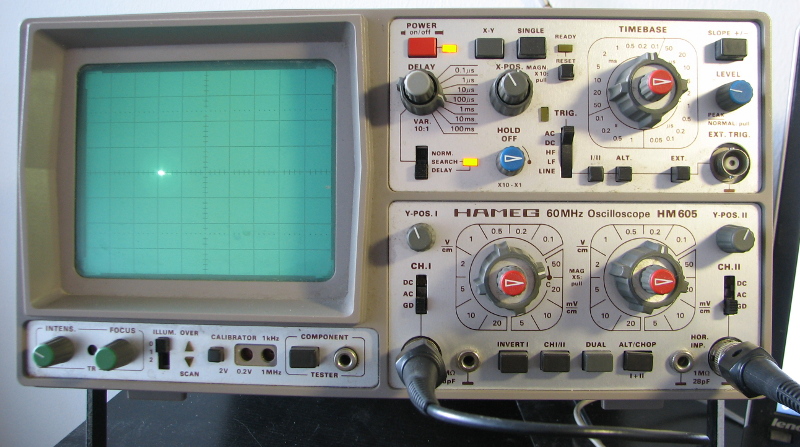 I had two choices while considering my ‘scope upgrade: to either shell out for a Rigol entry-level scope or buy a used analogue one. Since the prices for the secondhand scopes of respectable brands on ebay are not that far away from those of a brand new Rigol, I decided I want a journey and bought myself a defective Hameg HM 605. It’s a basic dual-input 60MHz oscilloscope with some nice trigger delay/hold off features - just a little bit more powerful than I currently need, but hey, it’s a journey after all!

The scope came defective as advertised - it was displaying a single dot. The triggering was working, I could adjust the y position of the dot but it wouldn’t move on x axis. I was hoping that this was just a power supply problem and surely enough, I instantly noticed a suspiciously warm transformer. Upon opening a case, I found one of diode brigde rectifiers was toast too and after some poking with multimeter in continuity mode I’ve found a shorted electrolytic cap on 140V rail. This rail goes to X amplifier circuit - no wonder why the trace does not move horizontally.

The only 100V capable cap I could find around was salvaged from some abandoned TV set. Too big to fit into the case, so I bodged it. 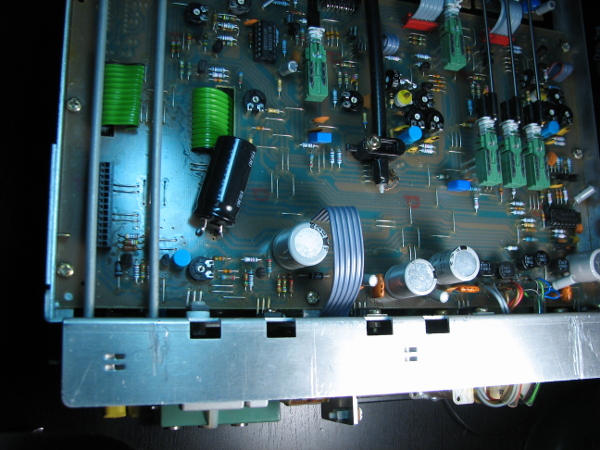 I didn’t bother to do a proper job here, since I just wanted to test the fix and order some proper caps later. 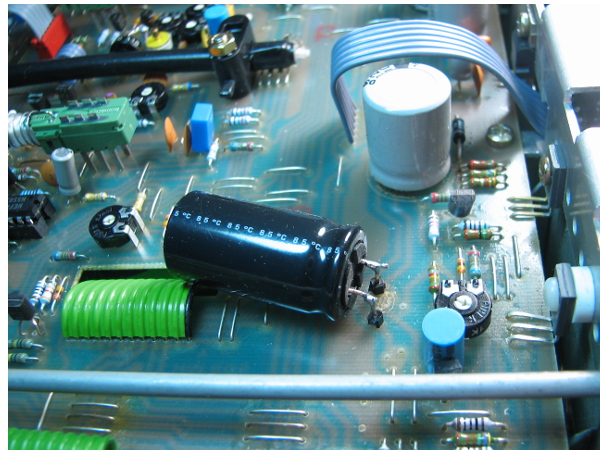 Well, the scope worked perfectly ok. For a week. Now the trace was shorter than the width of the screen. Aha, problems on another rail! When another of the old caps finally went bananas, the screen began to show this: 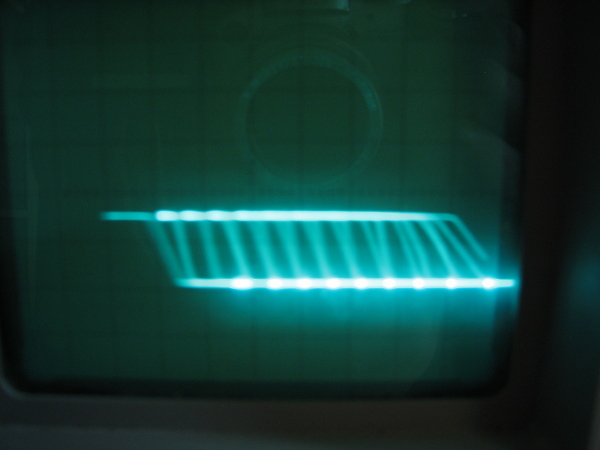 It was triggerring ok-ish in “line” trigger mode, so apparently I was seeing power coming straight from the power supply. To be more precise, sometimes NOT coming. 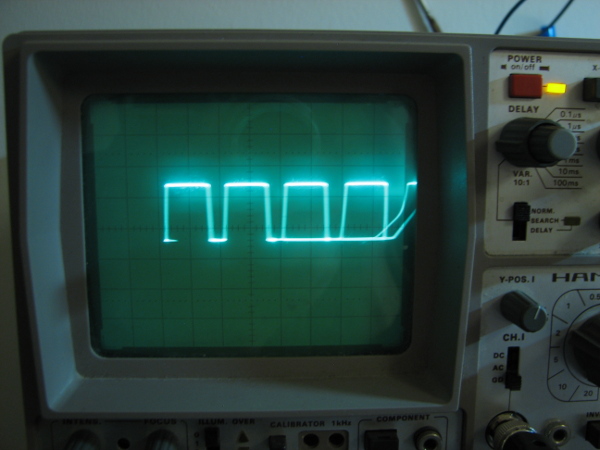 So I finally got the caps and replaced them all. 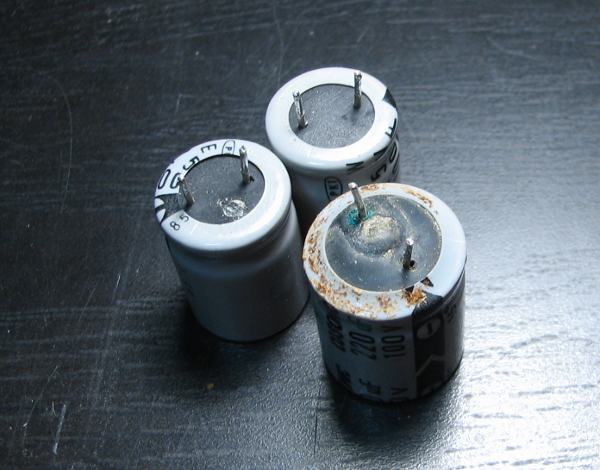 There was some hassle to get to the board containing filter electrolytics. I had to disassemble a bunch of button and potentiometer shafts and unsolder wires coming from a transformer. 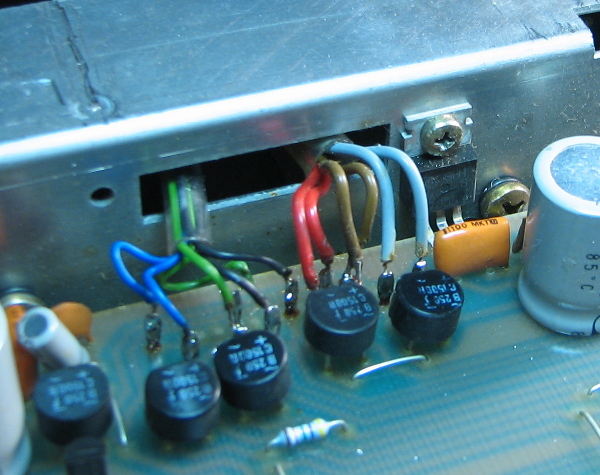 Some of the heatsinked devices were isolated from a heatsink, so I took a photo before unscrewing them. 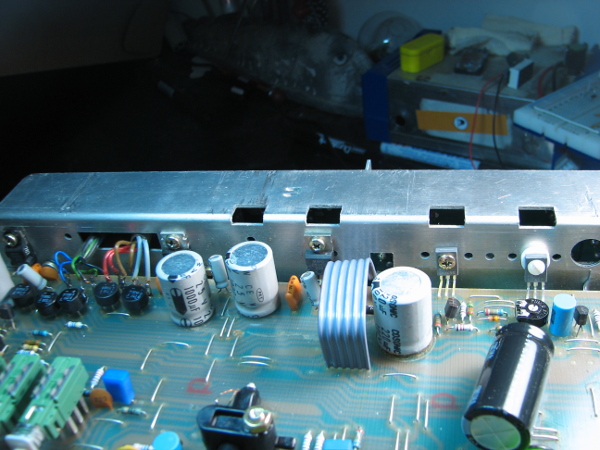 Well, that was a smooth journey - I got lucky the defect to be that trivial. The scope is working fine, and I’m a happy panda. Probably I will sell it sometime and finally get a midrange digital one for a shitload of money, but hey, where’s the fun part of that? 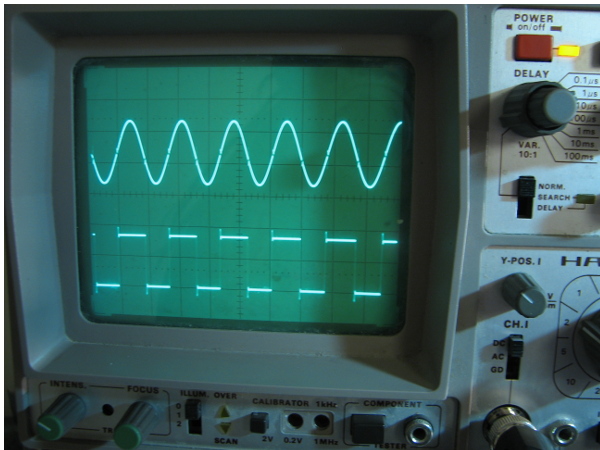